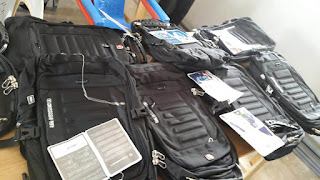 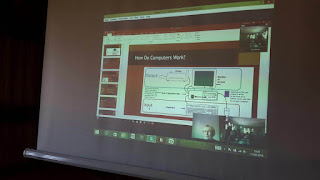 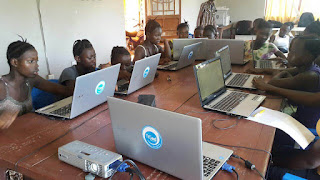 Posted by The Kposowa Foundation Blog at 9:31 AM No comments:

On May 15, 2015 the Kposowa Foundation in conjunction with Oakwood School’s Girls Learn International (GLI) chapter, put on an event entitled “Bump Up Bumpe” to raise money and awareness for the Bumpe High School in Sierra Leone.
GLI is an international organization under the Feminist Majority Foundation that helps spread awareness about women and girls’ issues. Each GLI chapter raises money and communicates with a partner school, and Oakwood’s partner school is the Bumpe High School in Sierra Leone, Africa. In the wake of the Ebola crisis, the Bumpe School was in need of aid kits and school supplies. Girl students were particularly impacted.  Families tend to send their boy children to school first, while girls became caretakers. In addition, many girls were married and became pregnant during the prolonged period of time that the Bumpe School was shut down due to the Ebola outbreak. The Oakwood School GLI chapter committed itself to raising sufficient funds for the Bumpe students, including scholarship money for girl students. 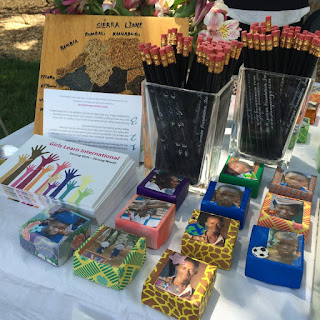 The event took place at one of our chapter members home. At the event, there was food including cupcakes with inspiring women on them, a raffle for fun gift baskets, a yoga class, an African drum circle, and we screened the short film “A Girl’s Rite,” which was made by a few Oakwood students and focuses on menstruation as a taboo in modern society.
Most importantly though,the event was centered on a panel discussion with many distinguished women in the media industry including Sam Taylor Johnson, director of Fifty Shades of Grey, Mimi Kennedy, actress in the television show Mom, Aline Mckenna, writer of many movies including Devil Wears Prada, Patricia Resnick, writer of feminist play 9 to 5, and Erica Huggins, president of Imagine Entertainment. The panelists discussed topics such as how education enabled them to succeed in an industry so often riddled by sexism and inequality, how they believe the media can be used as a tool for change, and how gender has impacted their academic and professional career.
Overall the event raised over $5000 and helped fully fund 8 girls’ education for a year. The event not only raised money for an incredibly important cause but raised awareness about the sexism and inequality that still exists in our world. 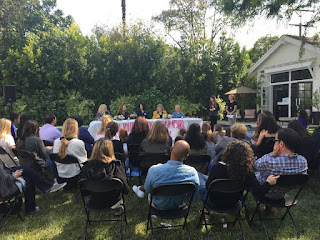 Posted by The Kposowa Foundation Blog at 12:34 PM No comments:


The Kposowa Foundation would like to thank its gracious donors who helped purchase a Poda Poda, a minibus that will help bring sustainability to Bumpe. The Poda Poda will be used to not only transport students to Bumpe High School that walk long distances but also to generate income for the community. For a small token, community members can ride the Poda Poda to travel to Bo to sell their goods. The proceeds from the Poda Poda will be used to award student scholarships and also pay teachers’ salaries. The Kposowa Foundation is excited by this development opportunity and means to bring sustainability to the Bumpe community. 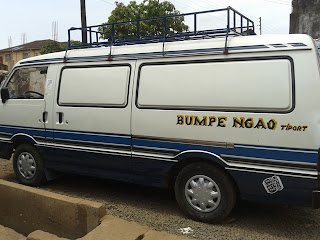 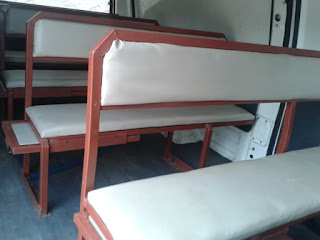 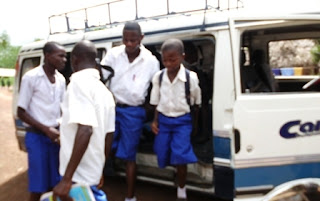 Posted by The Kposowa Foundation Blog at 11:46 AM No comments: 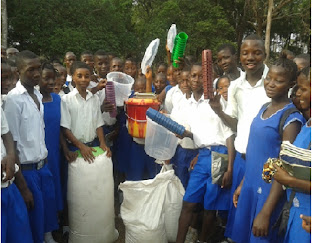 Last year, 62% of 9th grade students at Bumpe High School passesd the Basic Education Certificate Examination (BECE) – a public exam taken at Junior High School that qualifies the students to enter Senior High School. The school has implemented a new program involving weekly night study sessions for students from 7-10pm. In rural areas in Sierra Leone most people do not have electricity and cannot afford a generator. With the $3 contributions of students and their parents, the school has provided a generator and daily petrol to provide power during the evening sessions. This was a great investment for families as many cannot easily afford the $3 contribution toward fuel.

As mentioned above, people in the Bumpe community do not have generator light in their villages and the students walk (2-9) miles to BHS, so it was essential that these study sessions provide meals for students to stay focused and productive. Bumpe High School provided $90 towards the provision of a bag of “Gari” a product of cassava, two bags of corn flour, half bag of sugar, three drinking buckets, 48 pieces of cups and spoons. 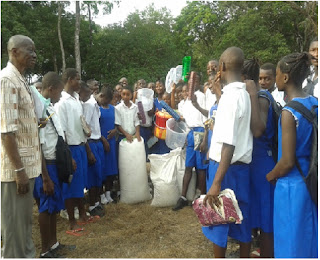 We have 80 excited students who are enthusiatics about studying every night during the week. The students can boast of food during study and they are excited and zealous to obtain the best grades to be among the high flyers in the country.

It is our hope that we continue to encourage these students in attaining quality education, high academic excellence and to help rebuild Bumpe High School in the future. 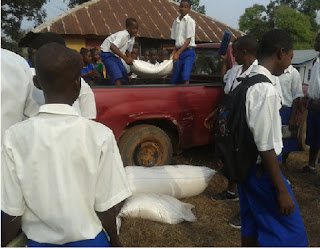 Posted by The Kposowa Foundation Blog at 11:59 AM No comments: 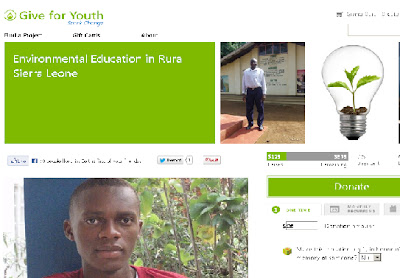 As a participant of TakingItGlobal's Global Encounters program, Joseph Hindo Kposowa combined his passion for his community and his skill to begin an Environment Education Project in Bumpe. Hindo's program aims to raise awareness about environmental degradation and waste management by providing workshops for teachers, students, and community members. Such training will educate the community on safe waste management practices to combat outbreaks of deadly disease like malaria and cholera. The project aims to raise $500 and will undoubtedly empower the community to take action. You can support the project here!

Posted by The Kposowa Foundation Blog at 11:21 AM No comments:

Sierra Leone is located in West Africa. The country has seen serious and grotesque human rights violations since 1991 when civil war erupted. According to Human Rights Watch, over 50,000 people have been killed to date, with over one million people having been displaced.

To make a donation via credit card, simply enter the amount above and hit the "donate" button for a secure online transaction.